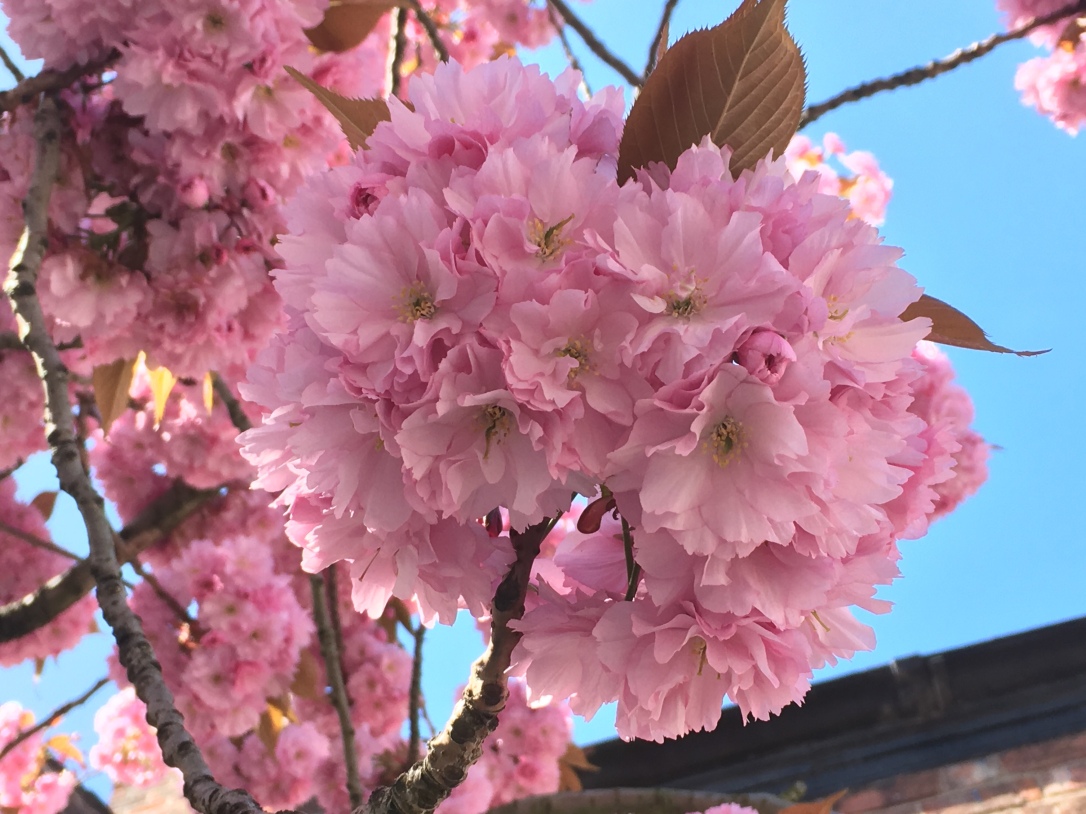 Why is it that bad habits are so easy to create and so hard to break, but good habits are hard to build and easily lost? Before Lockdown I had created a strong early morning routine; meditation, herbal tea, a five minute yoga session, journalling and a fresh celery and apple smoothie, before driving Ivy to school – and three days a week immediately hitting the gym. I know. Impressive, huh? But by this past weekend, I had started sleeping in (and staying up too late), reaching for my phone before I meditated, forgetting the yoga and journalling and skipping the smoothie in favour of a coffee and croissant. Dishes were hanging around too long, I was failing to make the most of the good weather, not going for my state-sanctioned daily walk, and Saturday chores didn’t happen. A stress-migraine wiped me out for much of the weekend, and the depressing reality of being a single parent is that it really is down to me to keep the ship afloat. If I’m not on at the kids to do their chores, it simply doesn’t happen – no matter that there’s a chores rota pinned to the wall, no matter that they’ve had years to get used to the idea; unless I specifically ask/nag/yell, then it won’t happen. It’s up to me to keep everyone on track, including myself, otherwise things fall apart with alarming speed.

The shock to my system last week, resulting in the stress migraine, was the rapidly-acting catalyst to everything falling apart. The warning signs started to ping red – staying up stupidly late to watch a film I wasn’t that interested in, then sleeping in the next day after a bout of insomnia. Waking up with a feeling of vague dread. Repetitive thoughts beginning to circle. Realising it had been too many days since I last took a shower. Not wanting to cook, or wash up. Outside feeling too bright, too overstimulating to deal with. Spending too long playing Candy Crush. Craving sweets, the healthy eating plan forgotten. Good habits abandoned, shadow comforts taking over. With it, my mood started deteriorating. It’s a vicious circle; low mood creates executive dysfunction, so the healthy habits and regular routines start to slide away, which means the unhealthy habits creep in to replace them, which lowers your mood even further, which means you’re even less likely to do the stuff you need to do… and so it falls apart.

Most days I still feel like a recalcitrant teenager. I marvel that the rest of the world seems to think that I’m a responsible adult – it doesn’t feel that way to me. A lot of it is ADHD, which can completely paralyse you and prevent you from doing what you should be doing – even what you want to be doing at times. There’s no actual explanation, you just can’t do it. Which is why it’s so important to create structure, to normalise routines and habits, so that they become as standard as brushing your teeth. After a year or more of trying, meditation has finally become a daily habit – my streak on Calm is now an unbroken 108 days; it would be almost double had I not had an overnight stay without WiFi last December. Yet for much of that time, I had to push myself to do it; create reminders so I wouldn’t forget, stick to the same time each day, as soon as I could after waking. It’s this aspect that I’m trying to explain to Ivy and Lily – that we all have to do things that we don’t want to do, and that we have to push ourselves to do things that will be healthy for us in the long run, even if we don’t feel like doing them in the moment. Like going for a run, or quitting sugar, or hoovering. I never feel like washing up, I tell them. But I hate coming downstairs to a dirty kitchen in the morning and it starts the day on a bad note.

Knowing I was slipping meant making a decision – to continue the downward spiral, or hit the reset button now. I reached for my journal, scribbled out what I’d been feeling and how I’d been struggling. Made a plan to pull myself out of the slump, listing what I needed to do each day to feel like I was progressing forward again… then realised it was ridiculously long and I was putting far too much pressure on myself. Separated out what was a daily must-do, and what could be spread out over the week. Woke up this morning and pushed on with re-installing the habits that I need to protect my mental health. Today that looked like writing an emergency letter to the CMS and then queueing outside the Post Office to send it by Recorded Delivery (letters have mysteriously vanished before now…) and then balancing that stress with a couple of hours spent in the garden, starting off seeds and then reading. I even paused to photograph the beautiful blossoms on a nearby tree on my way home, focusing now on the positive. Miraculously, with me feeling back on track and much calmer, both kids spontaneously appeared in the garden too, without me nagging them to come outside – they are refusing to set foot out of the house at the moment. It’s the Bagpuss effect. Washing was hung on the line, my bedlinen changed, a tasty dinner was cooked, the dishes washed, the floor mopped. Tomorrow I’ll wake feeling a bit more sorted, with a stronger impetus to carry on with the good stuff. It just took a good push to get me over the inertia.

So if Lockdown fever is starting to kick in and you’re losing track of the days, take a moment to reset yourself. Most things can be fixed by turning them off and back on again, including people. A journal or day planner is a must – think about what you want to achieve during Lockdown. This might look a lot like Just surviving it with as much of my sanity intact as possible, rather than Write a sequel to War and Peace, but that’s fine. Define what surviving it with your sanity intact looks like – does it mean showing up each day wearing full make-up and office-ready appearance, or going for a daily run, or getting through a whole day without yelling at the kids? Once you know what it looks like, brainstorm how you’re going to achieve it. What daily routines do you need to superglue in place? And when you find yourself slipping, it’s time to grip tighter rather than let go. So much trendy self-improvement talk is about the need to let go or go with the flow – but there are also times when we need to dig in our heels and grab a firm handhold to climb up on rather than plummeting into the abyss. When inertia takes hold ask yourself Do I want to spiral down or do I want to rise up? A little push can go a long way.