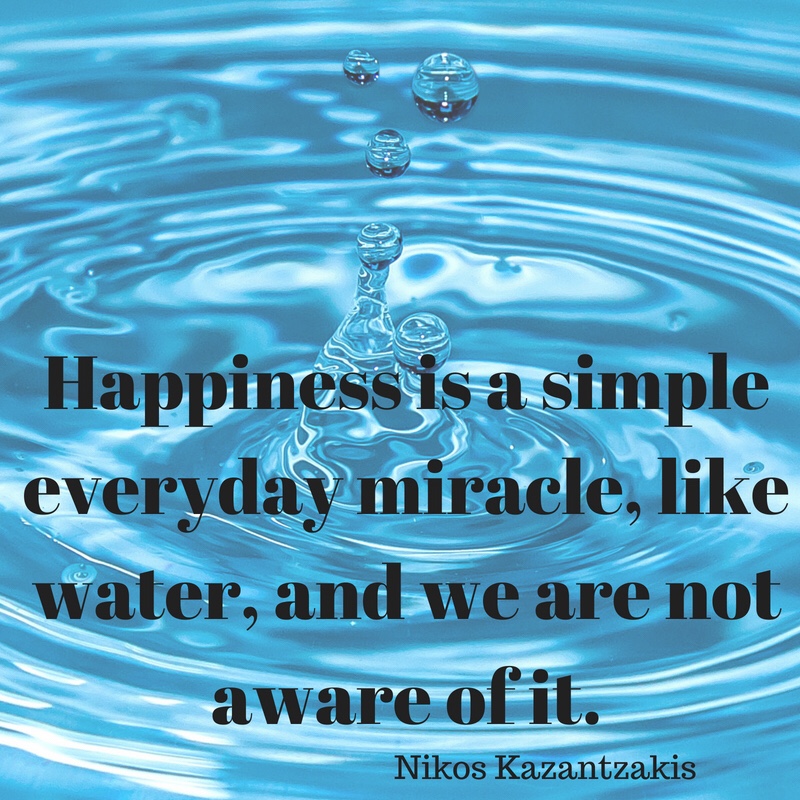 It’s been ridiculously hot. June passed without a cloud in the sky and no real rain, only the tiniest drizzle. For anyone trying to create a garden, this was not good news. The ground is too sunbaked to dig, and the new plants are desperate for water – I’ve lost count of the treks through the house with dripping watering cans in each hand. While I should no doubt count my blessings for the glorious weather, I’m craving rain. If the patterns of recent years can be relied upon, the good weather will continue right until the last day of term, when the heavens will open for the entire summer holiday. This will continue until the start of the September term, proving rubbish for those of us whose holiday ambitions stretch no further than a cheap camping expedition – then when the kids are back at school we’ll be treated to an Indian summer.

Truth is, I’m not great in the heat. I’m not great in the cold either, I’m an entirely temperate being. Dappled shade and a light breeze are what suit me best. I can’t think straight in the heat, can’t bear to cook in an already over-heated kitchen, hate driving in an oven of a car. If life consisted of siestas and ice cream and dabbling my toes in a stream, it might be bearable. Sadly, life continues on the same, heat-warped rails; school run, housework, shopping, cooking, driving. Oh, and fire-fighting.

The fire-fighting is getting tedious. Another week, another battle with school. Having just achieved some measure of satisfaction over Ivy’s need to switch teaching groups, the next problem arrives. Lily is supposed to be doing work experience for a week. This was all supposed to be sorted out before the January deadline, as Lily decided she would help with lighting and sound for the drama group production, a role she fell into by default last year when Simon didn’t return the forms for her much-wanted European trip in time. I figured it wasn’t exactly work experience but gaining further knowledge of the technical desk would be good for her and tied in with her music technology GCSE.

Two weeks before work experience is due to start and Lily tells me that school have told her she can’t do it. Cue panic, and much phoning and emailing. School insist they gave Lily this information back in January, and from what Lily says, I realise that everyone’s wires have been crossed. What they actually seem to have said to her was that “it might be difficult.” To an ASD/ADHD child, that doesn’t count as a No. Only a No counts as a No, and even then Lily might decide to take it as a Maybe. School insisted that they had given Lily further support to set up a placement, while I tried to point out that clearly they hadn’t – if she had been given enough support, then she would have a placement. The fact that she didn’t have a placement in two weeks’ time, was fairly obvious proof that not enough support had been provided. And for the love of God, why had nobody contacted me about it? This was information I should have been given months ago, as an SEN child is evidently going to need extra help when it comes to securing a suitable work experience placement.

So then, two weeks of last minute panic and stress trying to find something for Lily to do during work experience week, so that she didn’t have to stay in the school library doing extra Maths the whole time. Plus making sure that Ivy was ready for her European trip at the same time, which involved a major shopping expedition. Plus trying to buy a new secondhand car. Plus taking a friend to hospital appointments. Plus, plus, plus. Asking in different shops and cafes whether Lily could do her work experience there, knowing that it was all too late to be arranged properly. Over a hundred miles away, my family were doing the same – but it seemed to be work experience week across the nation, and the most likely places had long since been snapped off. Eventually, Mum managed to secure a few days at her church’s office – not something that Lily would have chosen for herself, but definitely better than extra Maths. The forms were frantically emailed back and forth, arriving on the teacher’s desk on Friday afternoon, with work experience due to start that Monday. The weekend disappeared in a flurry of driving – back down to the city for a college open day for Lily, then home, dinner, and over to the town where school is, as Ivy had thankfully arranged to sleep over at a friend’s house to be closer for the 3.15am drop-off for her trip. Then the four hour drive north to be at my parents’ house for Lily’s work experience, my own appointments for that week cancelled, including a place on a Photography workshop that I’d been looking forward to for ages.

There are times when it feels like all I do is complain. Times when I think I’d like this blog to be all light and fluffy and day-dreamy gorgeousness. But my life doesn’t look anything like that. Having a child with additional/special needs means that life is never going to be straight forward, never mind fluffy and gorgeous. Yes, I try to cherish the moment and remember to count my blessings – but life would be so much easier if schools created decent SEN policies. It’s hard enough trying to cope with a child who has significant behavioural issues, without having to constantly battle to have their needs met at school. To find several teachers have written in Lily’s end of year report that she needs to pay more attention in class – meaning me pulling my hair out in the kitchen as I read it because for Christ’s sake she has ADHD and needs a support worker to keep her on track and I thought we had this sorted out back in Year 7 and now you’re telling me that most of Year 10 has been wasted because you’ve withdrawn that support without telling me and I’m only finding out now when it’s too late?

In the same way that the garden is longing for rain, I’m thirsty for understanding. For compassion and consideration. For ease, for all of it instead of this continuous fire-fighting battle that I’ve been on for the past 15 years. Because I know it’s not just me – pretty much every parent of an SEN child is fighting the same battles, week in, week out. Fighting lack of resources, lack of funding, as well as lack of compassion and imagination. Fighting the tired old cliche that they can’t make exceptions for one child, despite the fact that they need to. Fighting the poor communication, the not being kept informed until it’s too late to do anything about it, the not sticking to agreements that you thought were already in place. And so this week; far more stress than I needed, entirely unnecessarily, and over 300 miles in a dodgy car that might or might not make it home again, while my garden shrivels in the heat and everything is postponed. I’m actually still waiting for the phone call from the teacher responsible that I was promised two weeks ago, the I’ll get back to you. I’m sure that school has written me off – I’m that angry, neurotic mother, always complaining about the lack of support given to her precious Snowflake children. That what I’m saying will be ignored, because most parents never make a complaint or request a meeting, therefore there must be something wrong with me. If only. I’m so over school, so fed up of the ridiculous pressure being placed on us for 100% attendance, never being late, homework always being handed in on time never mind how much has been set or what plans you have made or what’s going on at home, having the correct and expensive school uniform and PE kit, constant demands for money for this trip, that trip, music lessons etc.

I’m longing for the rain. I want to step outside in an evening downpour and feel the cool, refreshing shower wash over me. I’m longing for my parched garden to get that nourishing soak it desperately needs. Longing for life to feel like a cool glass of water instead of a wildfire.