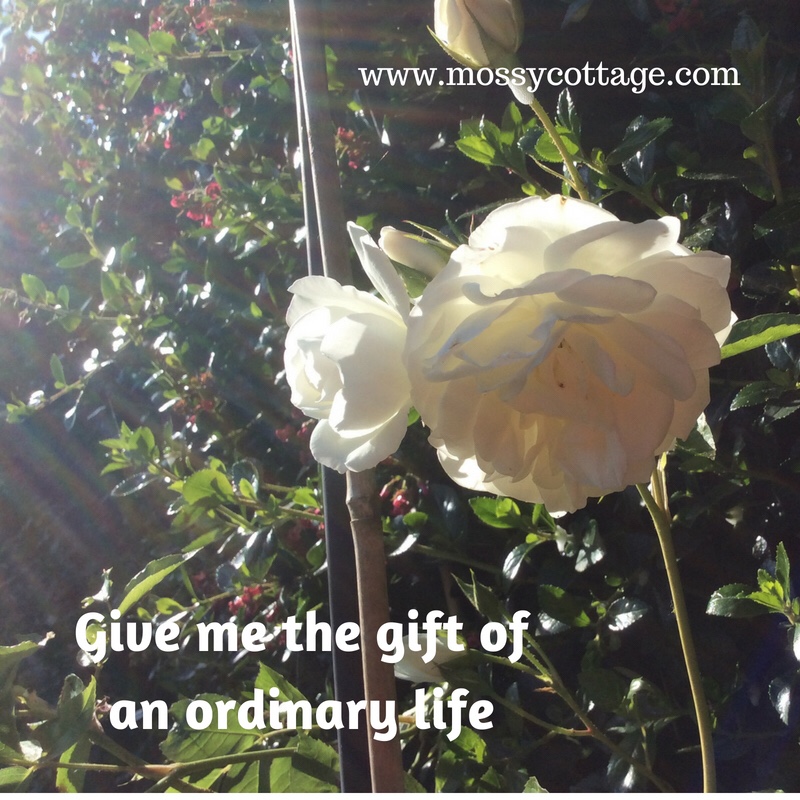 I think I might just have got the very thing I’ve been asking for for a long time; a week where nothing happened. Granted, it was preceded by a mental health crisis that I could have done without, but then there was definitely almost a week where there were no new problems to deal with. I cracked on with the garden, the housework, trying to catch up in general. It was bliss. This is what normal must feel like, I told myself. With the weather being so beautiful I’d persuaded the kids to catch the bus to and from school, which meant a much earlier start in the morning but resulted in so much more time and energy for me.

Of course, it couldn’t last. I made every effort to let the Universe know how much I appreciated the gift of a quiet, ordinary week in the hope that I would continue to be so fortunate, but no. Normality resumed. The quote for the shower came in around £500 more than expected. A phone call from school to let me know that other parents were expressing concern about Lily’s behaviour in class, given that she spent the whole time talking about being a vampire, seeing demons and being in possession of a Deathbook, all of which caused too much disruption in class to be tolerated. The CYPS crisis team had been contacted and were expressing concern that Lily’s epilepsy medicine might be behind what appeared to be some kind of delusional psychotic crisis, and the teacher urged me to contact them myself. Why? I found myself thinking. This is just normal for us. None of it is actually real, it’s more that Lily is now play-acting to an absolute extreme. A second call the next day to say that Lily had spent her IT lesson refusing to do any work, insisting instead that she needed to use the internet to help solve a murder in Utah. Thank God it was the last day of term, although the pastoral teacher didn’t think I was going to survive half term looking after Lily on my own and ordered me to make an appointment with the GP as soon as possible. All of this happened while I was in the middle of a meeting with a local charitable organisation in the hope that they could help me get back into work. Frankly, it did nothing but prove that a job would be impossible to handle right now.

The plan was to head up north to spend a few days with my family and celebrate my Dad’s birthday. We set out over an hour later than I’d hoped, because of course Lily had decided to get the late bus home from school so she could do her music, despite knowing we were heading out on a long drive. Similarly Ivy hadn’t bothered to pack the night before as requested, and the minutes slipped by later and later while I despaired of ever leaving, knowing how tired I was going to feel with a five hour drive ahead of me. Almost as soon as we set out though, the car started flashing up error messages; faulty brake light. Error; Anti pollution faulty. The car was struggling to get up to speed, feeling sluggish and juddery. I pulled into a garage to double check my air pressure, in the hope that this would magically transform the performance of the entire vehicle. No such luck. By the time we got onto the motorway, it was clear that the car wasn’t going to make it. Instead, we came off at the first junction and headed for home. This is after the car breaking down on the motorway in February, after paying to get through the MOT in January and after replacing the clutch last Autumn, plus repairs to the radiator. I did my best to get the car fixed on the following day, but the garage weren’t able to solve it in time before closing for the bank holiday, leaving me with a car that wasn’t behaving well enough to undertake any serious driving. Half term, bank holiday and we were stuck. The trip north was cancelled and neither could I risk any of our usual day trips.

Meanwhile Ivy has been falling apart over being placed in a new teaching group without any of her friends. She’s had such a hard time in the last couple of years that I’ve contacted school to ask if she can move classes – of course, all I’m getting back is the tired old we can’t make exceptions for one child or we’d have to do it for everyone. Oh really? So if she had hearing or sight difficulties they wouldn’t arrange for her to sit at the front of the class? Ivy has severe anxiety, probably ASD-related, and is still recovering from depression. I’m doing my best to explain to school that this grouping means putting her through further stress and anxiety, including IBS and nausea, so loss of appetite and skipping meals, insomnia and fear about going to bed, plus inability to concentrate in class, inability to raise her hand or answer questions, inability to contribute to group learning and projects, while struggling to control her breathing and fight off panic attacks. It’s taken so long to build up her confidence after all the trauma, and I’m tired of having her knocked down again by either Simon or school. But schools nowadays just close ranks; it’s all about conformity and saving face, there’s never an admission that they’ve made a mistake, there’s no compassion or flexibility. She spent most of today in tears and I’m tired of being fobbed off. So; yet another battle. And now Lily is intent on being “L” from Deathnote, at home, at the supermarket, at school… and now the Tax Credits form needs to be filled out, and so on and so on.

Please stop, I beg the Universe. Please, no more. Give me the gift of an ordinary life, just long enough for us all to recover. Outside, the roses are blooming; can’t we just stop for a while, long enough to smell them?